Dedra enlarges its space in MLP Pruszków I

19/11/2018
Dedra Exim, a company operating in the tool industry has leased an additional 2,160 m2 of space in the MLP Pruszków I logistics park, expanding its total lease area to approx. 15.3 thousand m2.

Dedra Exim Sp. z o.o. has signed a new contract with the MLP Group to enlarge its lease by 2,160 m2 of warehouse space in the MLP Pruszków I logistics park. The additional space will be used for warehousing purposes. This way, the tenant increased the leased space to approximately 15.7 thousand m2. Dedra Exim has been a client of the MLP Group since 2003.
Dedra Exim operates in the tool industry. It offers electric tools, welding equipment, electricity generation assemblies, compressors and pneumatic equipment sold under proprietary brands: Dedra, Pansam, Descon and Hillen&Mohr. The company is also an exclusive distributor of AEG compressors and Stanley heaters.

“The MLP Pruszków I logistics park is our first and already fully completed facility. There is virtually no space available for lease. This expansion was possible only owing to the release of a warehouse by another client. A number of our tenants are very strongly attached to their current location and are eager to take advantage of opportunities like this one to expand their lease area as their businesses grow” – noted Tomasz Pietrzak, Leasing Manager at MLP Group S.A.

MLP Pruszkow I is the first logistics park created by the MLP Group. Its total target warehouse and manufacturing space is 170,695 square meters developed over an area of 43 hectares. During the last decade and a half, the park has become a small town with its own internal infrastructure. The facility has approx. 50 customers. The facility has unlimited power supply, large potential for future expansion offered to its clients, and a relatively large percentage of parking lot areas. MLP has convenient connections both with the centre of Warsaw and the main routes linking Warsaw with other cities

Electrolux remains at MLP Pruszków I 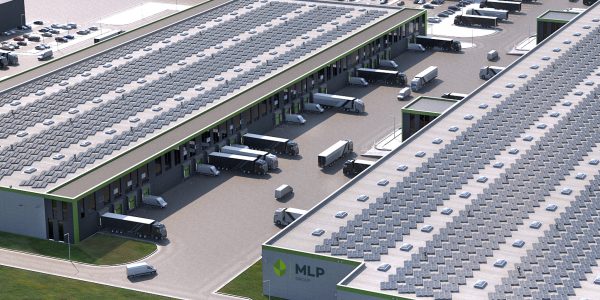